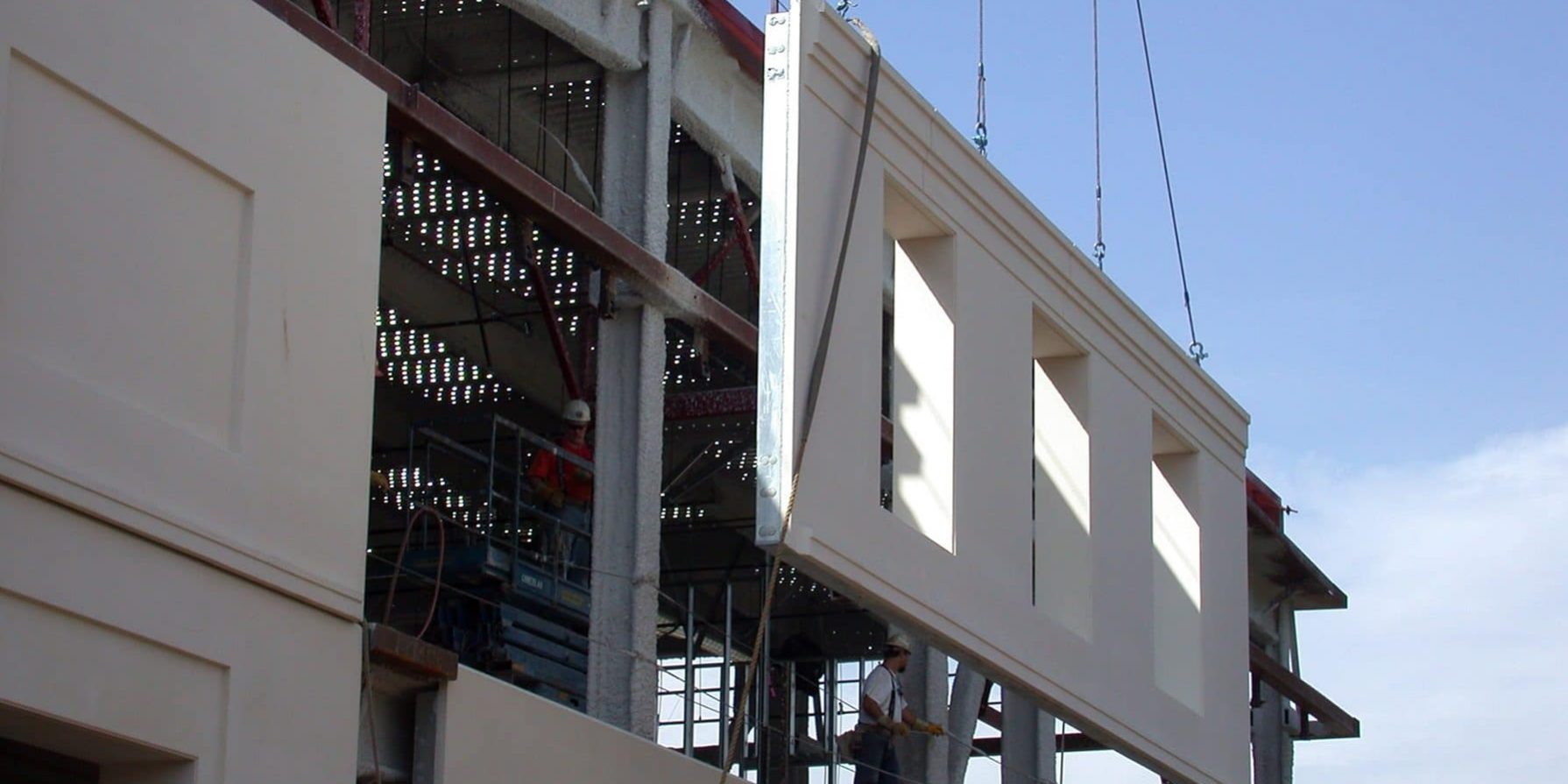 A method of building a precast concrete construction includes lifting precast elements from a trailer load to the respective designated location via crane. It is convenient to establish precast yard and to erect the precast elements at (near) site which speeds up the process & prevents delays in large scale construction projects. Precast elements are being used for mass production, to build a large number of buildings in a short duration. This method is effective in terms of time, labors requirement, superior quality, better performance & finish, optimal material requirement, less wastage, desired shape, better finish, etc. Before selecting and finalizing the design of precast concrete structure there are few points that need to be considered like what are the possibilities, restrictions, transport issues and erection.

There are four major types of precast systems which are classified based on load-bearing structure:

Large Panel System refers to “multi storey-structures”. In this type of structure, both large walls and floor concrete panels are connected in horizontal and vertical directions. These panels form a box-like structure, with the capacity to withstand gravity loads. There are mainly three arrangements of the large panel system,

(a) Cross-wall system – The main walls that resists gravity and later loads are placed in the short direction of the building.

(b) Longitudinal-wall system – The walls resisting gravity and lateral loads are placed in the longitudinal direction.

(c) Two-way system – The walls are placed in both the direction.

For apartments and hotel construction projects, this kind of system is used.

Frame systems are being used for the construction of car parks, stadia, and offices.

In this system, the slab-column structure sustains the lateral load effect but resists gravity loads. Below are the types in a sub-column system with a shear wall

(a) Lift-slab system with walls – The load-bearing structure consists of precast reinforced concrete columns and slabs which are assembled with special joints.

In this system entire unit is cast in a factory and installed at the site which is useful for smaller single units. This is suitable for toilet blocks and individual rooms which guarantees waterproofing at junctions.

Precast construction mainly includes those buildings where the majority of structural components are standardized and produced in plants in a location away from the building and then transported to the site of assembly.